One of the major problems that farmers of Telangana, Andhra Pradesh, Karnataka, Kerala, Gujarat, UP, Uttarakhand and other states across PAN India are facing monkey menace.

Monkeys that enter the fields in groups of 20-25 and have a field day, especially on coconut trees, vegetables, Maize, Groundnut and other seed bearing crops. They enjoy drinking and eating tender coconuts, vegetables, fruits and seeds. Though it is nice to watch them carefully plucking and eating, they cause a huge loss to the farmers. They damage or vandalize the crops, fields as they attack on the yield which is in the seeding stage which ends up in huge losses for the farmer.

What is Agri-Cannon : It is a mechanical device made of MS Steel that make huge sound helps to deter the animals and birds there by Protects the agricultural crops, and Aqua culture farms (Fish and Prawn tanks) from Monkeys, Birds like Peafowl, Herons, Egrets other fish eating birds like Cormorants, kites etc.) Elephants etc.

It has been estimated that at minimum conservative average damage per household of 6,000₹, 15 million families could suffer a cumulative loss of 9,000 crores every year. This is a very huge amount to loose in a country like India. The science behind the idea to develop the “Agri-Cannon” is the fact that monkeys hate loud sounds or noises. To drive the monkeys away from the farm, the only way out is to produce loud noises without harming them. Generally, the monkeys enter the farm during the day time in groups and it is very difficult for the farmers to drive them away. After extensive research from Professor Jayashankar Telangana State Agricultural University (PJTSAU), Professor Vasudeva Rao has designed and developed the low cost, easy to use, "Agri-Cannon” which uses a gaslighter and calcium carbide granules. When the carbide reacts with a few drops of water, the gas stove lighter is used as a source of igniting, then a huge sound is produced. Small pieces of paper and pebbles can be used for firing. There is no damage to the animal. It is only used to frighten the animal. When used once, monkeys are not seen at least for a week (This has experimented in research farms and a couple of progressive farmer’s farms). Though they return to the fields, there is some kind of relief. 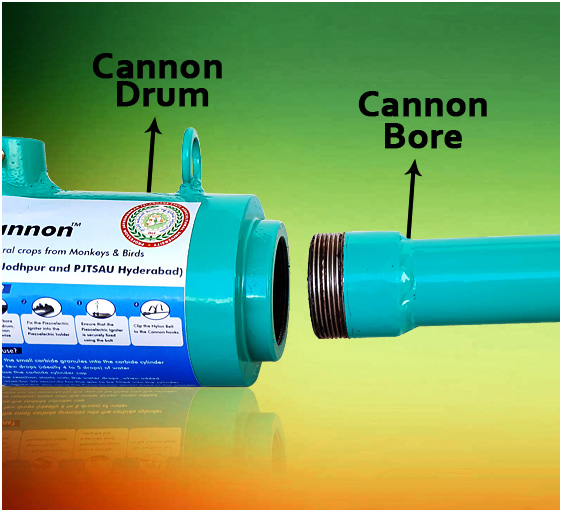 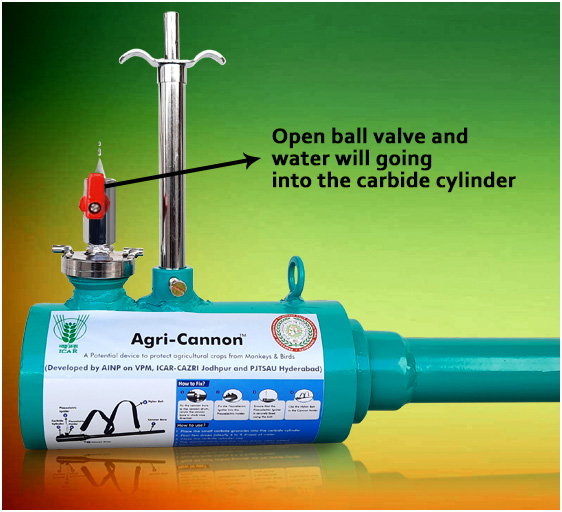 Now open the ball valve so that water will go into the cannon drum. 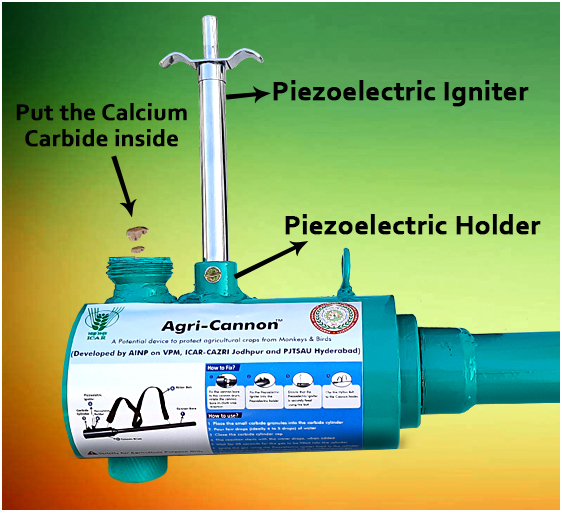 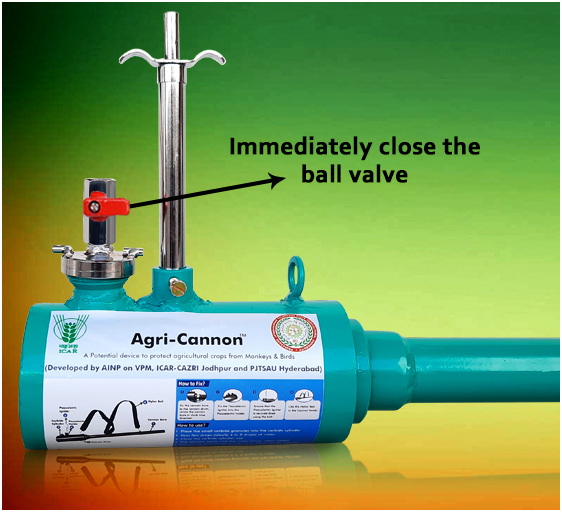 Then close the ball valve immediately.

After dropping calcium carbide in the cannon drum, then close the ball valve and pour water into the cylinder. 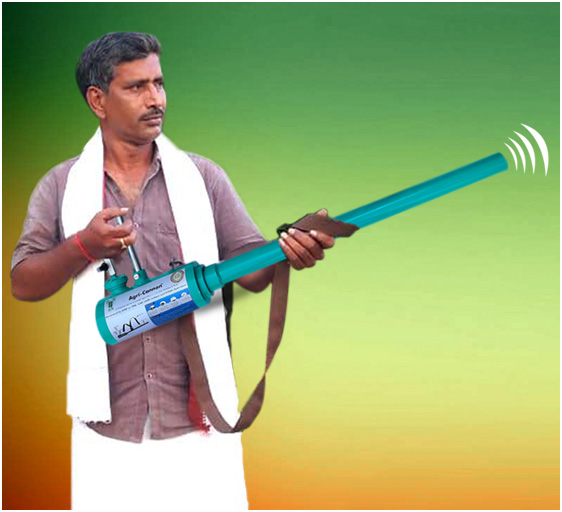 Attach the nylon belt to the device, wear it and press the piezoelectric lighter to produce a huge sound.

Need Help? Chat with us
Start a Conversation
Hi! Click one of our member below to chat on Whatsapp
The team typically replies in a few minutes.
Gamyam Technologies Pvt Ltd.
Tap here to start chat with us